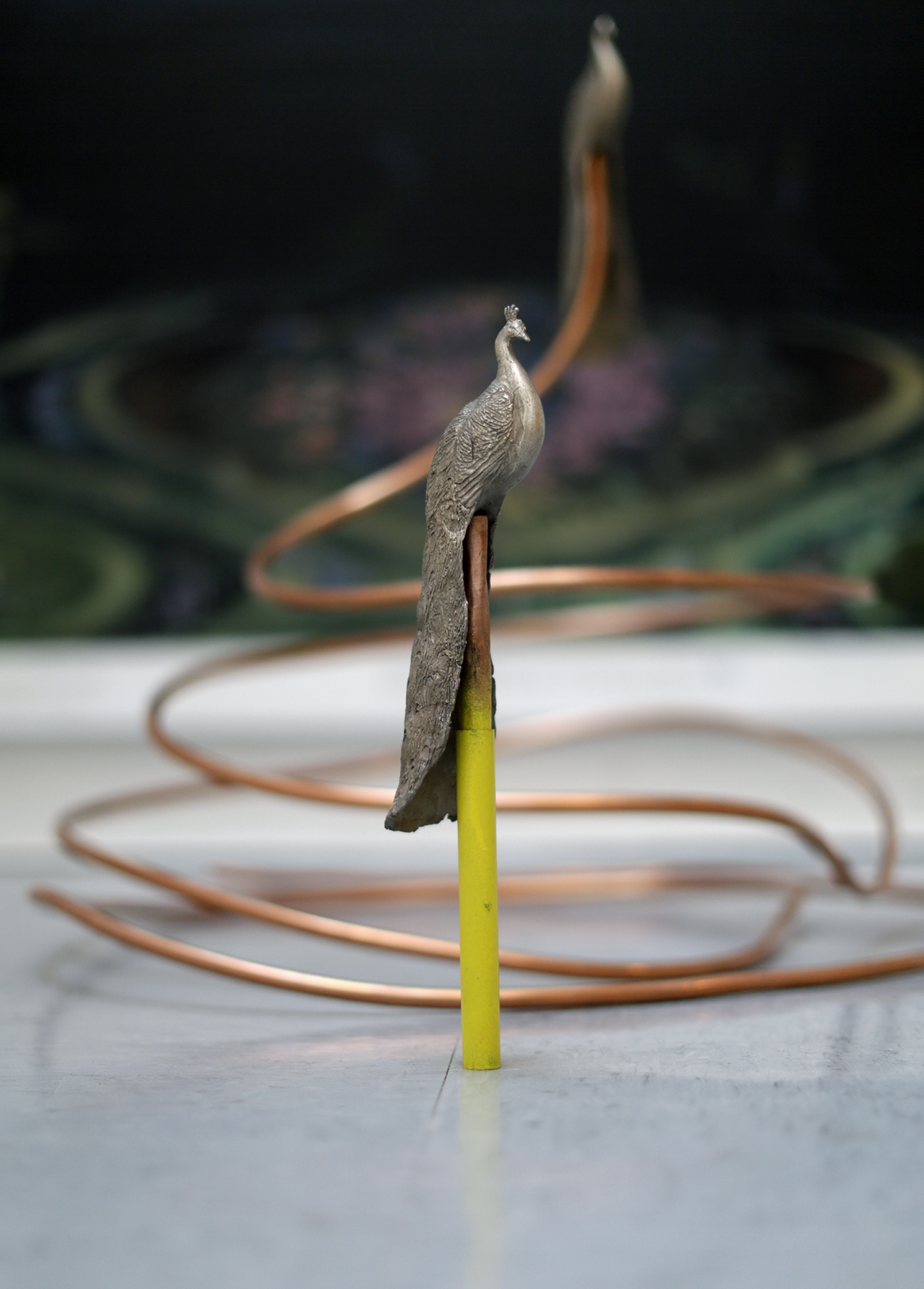 Wadhias painting is transformative, it breaks the frames of the image along with those of tradition. The background becomes motif and meaning in landscapes where the personage has left the image and the gods the altar. Symbols charged with meaning take on new contexts also in sculpture and installation in an exhibition that overflows the gallery.

The point of departure is an arrival, Wadhias childhood memory of arriving as a forced immigrant in the UK, when Indian families where forced to leave Kenya. A Hindu mythological print “ Ayodhya Pati Ram” that hung on his grandfathers wall leaves particular traces, it's from the time of the British colonial reign in India and through Munihs Wadhias reworking its colonial and nationalist code becomes apparent.

That a world of symbols; objects and images carrying traditions and meanings shape us as human beings is obvious. Seeing them revealed is a powerful experience.

Munish Wadhia (b. 1972, Mombasa, Kenya) is an artist based in Stockholm and London. He is a recent graduate with a MA in Fine Art Painting from the Royal College of Art London. He received his BA in Fine Art Painting at Wimbledon College of Art, University Arts London. Munish Wadhia’s work deals with painting through an experimental and interdisciplinary approach where his ideas are concerned with collective memories, inheritance and the amnesiac absence of knowledges in westernised discourses. He uses displacement as an artistic strategy to dislocate and deconstruct imagery and artefacts from his cultural ancestry. He revisits and reconsiders history to reveal the slipperiness of the visual codes and markers of difference that form identities.